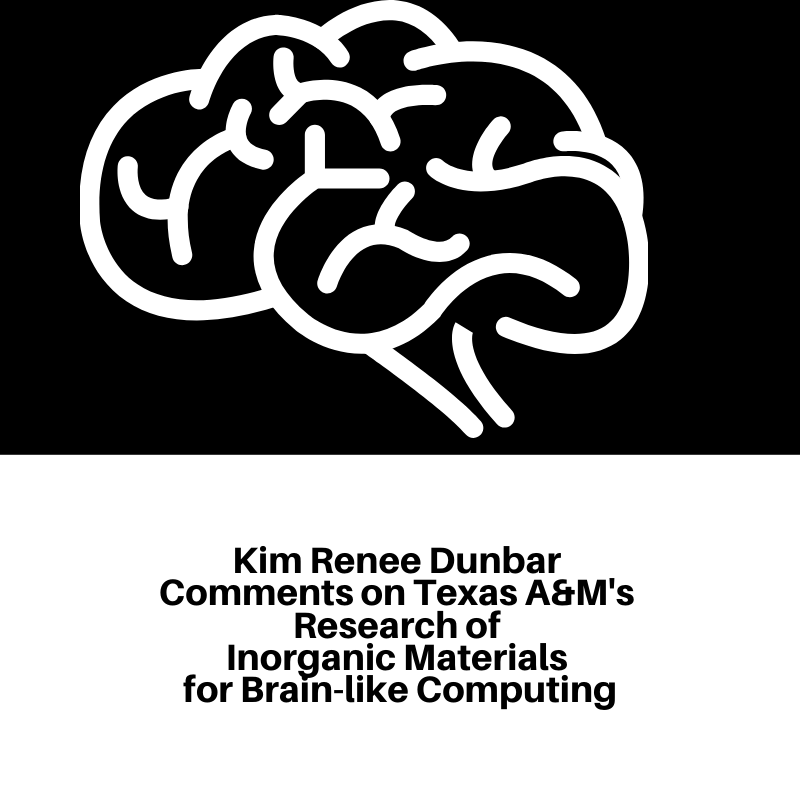 Texas A&M University’s Kim Renee Dunbar is an award-winning chemist who has unveiled critical research in inorganic chemistry for decades. Here, she comments on her university’s recent research into inorganic materials for brain-like computing. 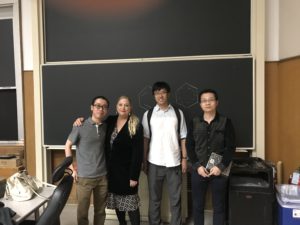 Kim Renee Dunbar has won awards from the American Chemical Society, Royal Society of Chemistry, Texas A&M University and many other respected institutions that acknowledge her impactful contributions to the field of inorganic chemistry. Besides her own work, many other scientists at her university are also renowned for their discoveries in chemistry, including recent advancements in inorganic materials for brain-like computing that hold tremendous potential for technology.

“Dr. Sarbajit Banerjee and the team behind this new research project have uncovered significant evidence that will have a global impact on computing,” says Kim Renee Dunbar. “They’ve found a materials-based mimic for the neural signals responsible for transmitting information in the brain, which can amplify our processing power in algorithms and machinery worldwide.”

The findings come from a multidisciplinary team of scientists, led by Texas A&M chemist Sarbajit Banerjee in collaboration with R. Stanley Williams, a Texas A&M electrical and computer engineer. Additionally, they’ve drawn on research from and collaborated with colleagues from all over the world to better understand brain-like computing using inorganic materials. Researching a specific solid-state material (named β’-CuxV2O5), they’ve learned about a neuron-like electrical switching mechanism that can essentially be forced into states of conducting and insulating behavior, ideal for computational commands.

Kim Renee Dunbar tells us that this activity, observed in copper ions in the material, can be used to allow neuron-like information exchange in computers. The silicon chips used in computers today may soon reach their limit in terms of energy efficiency and capability, but this new discovery from Texas A&M may point scientists to our next great solution.

“Devices that incorporate neuromorphic computing promise improved energy efficiency that silicon-based computing has yet to deliver, as well as performance improvements in computing challenges like pattern recognition, tasks that the human brain is especially well-equipped to tackle,” says research team member Abhishek Parija. “The materials and mechanisms we describe in this work bring us one step closer to realizing neuromorphic computing and in turn actualizing all of the societal benefits and overall promise that comes with it.”

Kim Renee Dunbar is excited about the research and the prospects of improved computer function it suggests, and she is extremely proud of the work of her colleagues.

“Our institution is leading the field of inorganic chemistry and proving its vital importance today and in the future,” says Kim Renee Dunbar. “The research Dr. Banerjee and his team have performed will be instrumental in understanding how computers mimicking the human brain can vastly improve processes around the world and what components we’ll need to get there.”