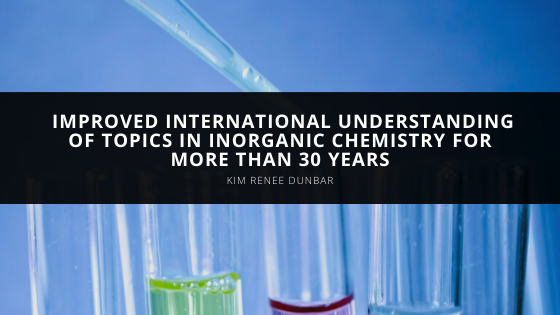 As a leading chemist from Texas A&M University, Kim Renee Dunbar alters the international scientific community’s understanding of critical topics in chemistry, especially inorganic chemistry. She’s served in a number of roles at many respected institutions in her career and has earned many distinctions for her outstanding contributions spanning more than three decades. 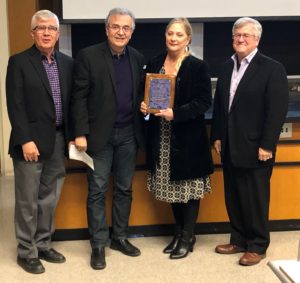 Kim Renee Dunbar has made an impressive range of insightful discoveries in the field of chemistry ever since earning her degree from Westminster College in 1980. She went on to earn her Ph.D. in inorganic chemistry at Purdue University where she studied with professor Richard Walton.

Following her Ph.D. in 1984, she next studied with F. Albert Cotton of Texas A&M University as a postdoctoral research associate in 1985. However, following the completion of her associate work at TAMU in 1986, Kim Renee Dunbar spent twelve years with Michigan State University and eventually earned the title of distinguished professor in 1998. As a professor, she was invited back to Texas A&M University to take on a permanent position, where she became the first female chair holder of the College of Science at the university.

Dunbar has earned many top distinctions for her contributions to science, and today she holds the Davidson Chair of Science and the Distinguished Professorship of Chemistry. She’s earned the Award for Distinguished Service in the Advancement of Inorganic Chemistry from the American Chemical Society and Texas A&M Former Students’ Network Eminent Scholar Award. In addition, Kim Renee Dunbar received an honorary doctorate degree from Westminster College in 2012.

She’s also served integral roles at many leading publications where she contributes broadly to the development of inorganic coordination chemistry and materials science. She spent years serving as the Associate editor for the ACS Inorganic Chemistry journal and to date has contributed to more than 280 respected publications.

In her research, Kim Renee Dunbar focuses on areas of chemistry such as magnets and conductors, organocyanide based functional materials, interactions with DNA in metal bonded system and conciliation by interactions in anions, and aromatic ligands in supramolecular structures and properties. This has led her to new conclusions on metal-based drugs in medicine and synthetic challenges in biological chemistry.

From Texas A&M University, Kim Renee Dunbar leads emerging scientists to new discoveries that are used to pioneer solutions to age-old problems in labs and facilities across the globe. The Dunbar Research Group finds backing from major institutions like the United States Department of Energy, the American Chemical Society, the Welch Foundation, the National Institutes of Health, and the National Science Foundation, among others. She and her team’s work has gained international recognition and continues to open doors and create potentials for scientists everywhere.