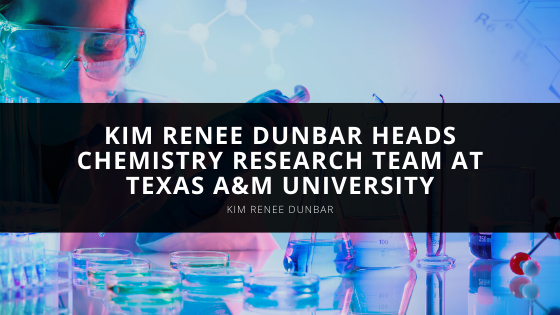 As a leader in the field of inorganic chemistry, Kim Renee Dunbar has been awarded a number of prestigious titles and distinctions from respected institutions. In addition to serving as a professor at Texas A&M University, she leads a research team there that has made major strides in the field of chemistry.

Kim Renee Dunbar heads a research team at Texas A&M University that helps improve the international understanding of topics in inorganic chemistry. Her work and distinguished contributions to science, which are backed by a handful of major institutions, have earned Dunbar a variety of esteemed titles and awards.

In 2004, Kim Renee Dunbar was named a Davidson Professor of Science and holds the title of first female chair-holder of the Davidson Chair in Science. Three years later, she was named a Distinguished Professor of Chemistry, which is Texas A&M University’s highest academic faculty rank. To date, she’s received the ACS Award for Distinguished Service in the Advancement of Inorganic Chemistry and the very first Eminent Scholar Award from her university among many others.

She and her team have made landmark discoveries in chemistry, having spent years studying and developing projects that aid humanity through stronger materials, disease treatments, novel compounds and much more. Their work has had a significant impact on the international scientific community as a whole.

Kim Renee Dunbar and her research team focus on inorganic chemistry with a special emphasis on coordination chemistry. In their research, they aim to understand and better explain the relationship between molecular structure and physical properties. The research projects they pursue span topics like molecular magnetism, anti-cancer compounds, and multifunctional materials with organic radicals.

The students within the research group are at a unique advantage as they can expand their chemical knowledge outside the boundaries of their degree and serve an instrumental part of an internationally-recognized scientific research group. They gain experience in several

state-of-the-art techniques and instrumentation, which include air-free synthesis (glovebox and

To further the research group’s efforts to understand the properties of inorganic chemistry, Kim Renee Dunbar and her team have received support from many respected institutions and organizations that provide financial assistance. Among notable contributors are the United States Department of Energy, the American Chemical Society, the Welch Foundation, the National Institutes of Health, and the National Science Foundation.

Dunbar initially earned a bachelor degree from Texas A&M University before earning her Ph.D. in inorganic chemistry from Purdue University. She conducted postdoctoral research at Texas A&M after graduating and eventually developed the Dunbar Research Group with chemistry faculty, students, and assistants. Today, her team’s research improves the knowledge base of inorganic chemistry in labs, facilities, and educational institutions around the world.