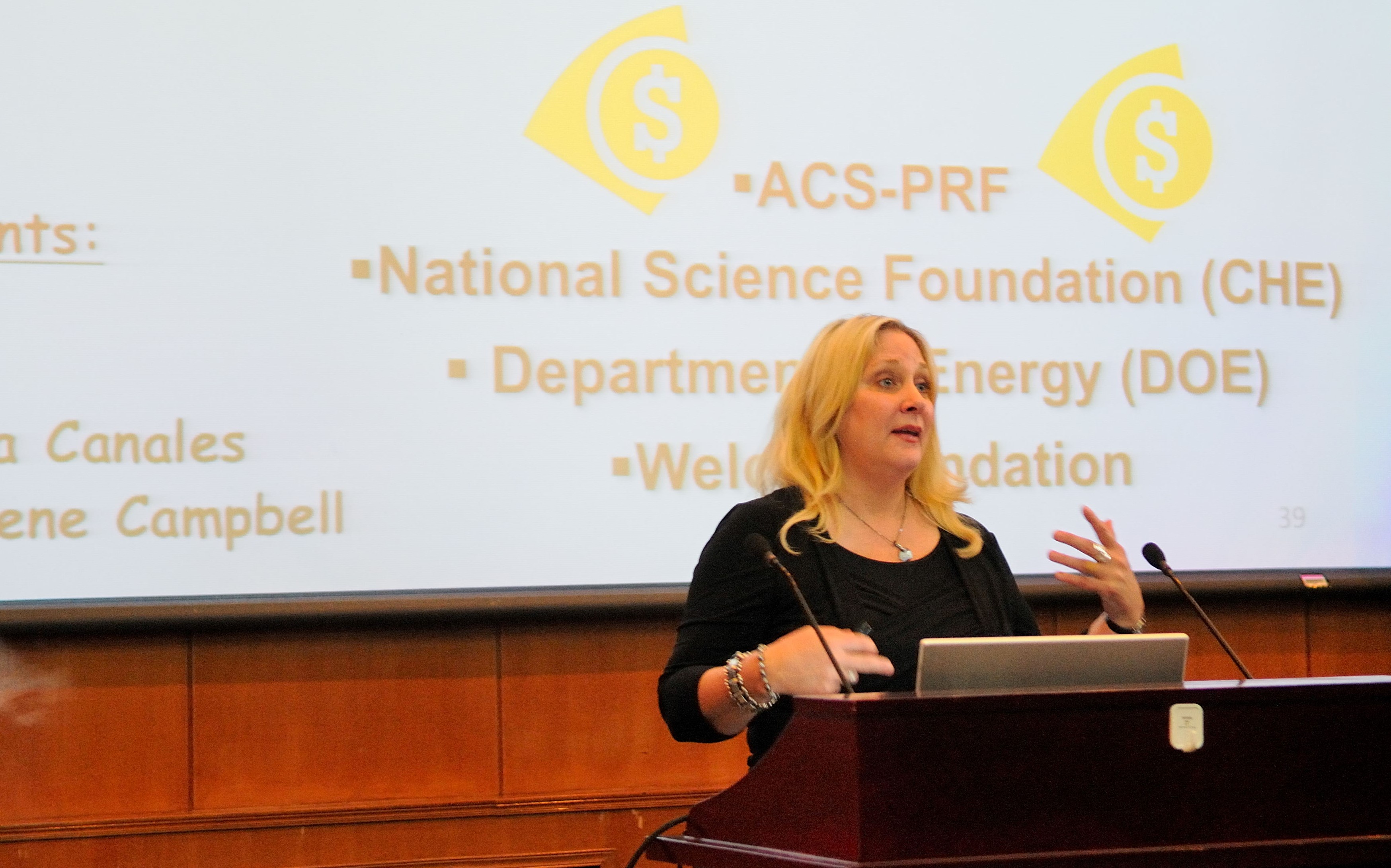 An international expert in synthetic and physical inorganic chemistry, Dunbar joined the Texas A&M Department of Chemistry in 1999 after serving a number of years on the faculty at Michigan State University. In 2004, she was named a Davidson Professor of Science and a joint holder of the Davidson Chair in Science, meriting particular distinction as the first female chair holder in the College of Science. In 2007, she was named a distinguished professor of chemistry, Texas A&M’s highest academic faculty rank.

“I am pleased to join with the Women Former Students’ Network in recognizing the accomplishments of this outstanding scholar and mentor,” said Texas A&M President R. Bowen Loftin. “Dr. Dunbar exemplifies our highest ideals as a university known for excellence in research as well as excellence in teaching.”

Additionally, Kim Renee Dunbar was honored at the commencement ceremony of Westminster College. The ceremony included the conferring of an honorary degree, Doctor of Science, honoris causa, on Dr. Kim R. Dunbar, Davidson Professor of Science at Texas A&M University, one of America’s premiere chemists, and a 1980 Westminster graduate.

The year before, The American Chemical Society named 213 members as ACS Fellows, including Kim Renee Dunbar. The new fellows were honored at the society’s fall national meeting in Denver.

“ACS is especially proud to honor these chemists during the 2011 International Year of Chemistry,” said ACS President Nancy B. Jackson in announcing the 2011 class of ACS Fellows. “The work they are doing will improve all of our lives as they unleash the power of chemistry to solve global challenges like providing clean water, sufficient food, new energy sources, and cures for disease. But that’s not all,” she noted. “They’re also organizing scientific conferences for their peers, doing outreach with scouts and schools, and being mentors to the next generation of scientists.”

Kim Renee Dunbar, since her return to Texas A&M in 1999, has become world-renowned for her research in several areas of physical and inorganic chemistry, including breakthroughs in organic/inorganic composite materials, molecular magnetism, and metal-based chemotherapy.

Kim Dunbar is the author of more than 380 publications that include scientific articles, conference papers, reviews, and book chapters and served as associate editor of Inorganic Chemistry for 12 years. She is past secretary and chair of the American Chemical Society’s Division of Inorganic Chemistry and recently served on the Executive Committee.

Kim Renee Dunbar has been honored with distinguished alumni awards from Westminster College and Purdue University. Her professional honors include an Alfred P. Sloan Foundation fellowship; a Camille and Henry Dreyfus teacher-scholar award; and fellowships in the American Association for the Advancement of Science, the American Institute of Chemists, and the American Chemical Society.