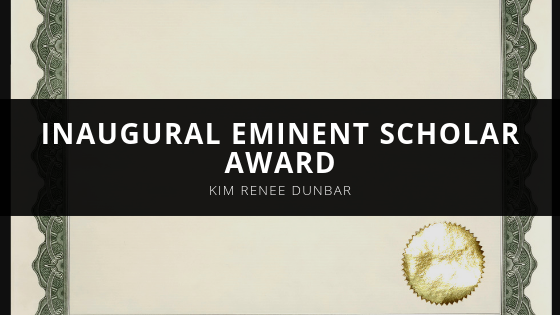 Professor of chemistry at Texas A&M University Kim Renee Dunbar makes landmark contributions to the study of inorganic chemistry that impact the scientific community worldwide. In addition to a number of accolades and fellowships, she received the inaugural Eminent Scholar Award in 2011, which showcases the extraordinary achievements of female Texas A&M University faculty members.

For her research on inorganic chemistry, Kim Renee Dunbar has been recognized as a standout contributor in her field and has earned many titles and awards as a result. She is a fellow of the American Chemical Society (ACS), a recipient of the Camille and Henry Dreyfus Teacher-Scholar Award, and a two-time recipient of the Texas A&M Association of Former Students Distinguished Achievement Award.

In addition, she was the first person to ever win the Eminent Scholar Award, which highlights the achievements of female Texas A&M faculty. The award was created in 2011 and was first awarded to Kim Renee Dunbar for her original research in the field of inorganic chemistry. It is a partnership between Texas A&M University and the Aggie Women Network.

Texas A&M University is dedicated to the discovery, development, communication, and application of knowledge in a range of academic and professional fields. As it addresses the needs of an increasingly diverse population and a global economy, the Eminent Scholar Award helps identify the women that represent a vital part of the mission of the university.

Texas A&M partnered with the Aggie Women Network over shared beliefs and their mission to value and promote inclusiveness and diversity as well as advance the engagement of women in academic, research, mentoring, and service activities of the institution. The Aggie Women Network is an independent, non-profit 501(c)(3) organization and a recognized constituent network under The Association of Former Students of Texas A&M University.

The Aggie Women Network recognizes that female faculty members at Texas A&M University are in a unique position to influence the educational experience of current women students. As a result, they believe their successes are inspirational and should be recognized with achievement awards such as the Eminent Scholar Award. It ultimately honors accomplished women who have demonstrated a clear record of excellence in teaching, mentoring, and service, especially to women students at the university.

To be eligible for nomination, Kim Renee Dunbar had to meet certain criteria such as serving as a tenured full professor for at least two years with Texas A&M University and proving to be an exemplary role model to students and faculty.

To date, Kim Renee Dunbar holds the Davison Chair, holds the title of University Distinguished Professor, has written for over 400 publications, authored 22 book chapters or reviews, and served as Associate Editor for Inorganic Chemistry for 12 years. Additionally, she has graduated 41 doctoral students, 6 master’s students, and received 16 different honors as a faculty member, including the inaugural Graduate Mentoring Award from The Association of Former Students.